One of the sons of John Madison McMichael (shown above) that came to Texas in 1840 with 3 brothers and a sister was the G.C. McMichael, Judge Griffin C. McMichael mentioned in the history of Floyd Hill Baptist Church as a Trustee. Short history by CCGS shown below and linked for the total interested history brief. Griffin C. came by Wagon Train from the home of John Madison in Jackson, Butts County Georgia with 3 brothers–a doctor, Dr. James Madison McMichael, a school teacher, and a farmer. (Griffin C. was a lawyer) This speaks well of John Madison after whom this group is dedicated, a Georgia State Senator and active Baptist with the oldest son, William G as a minister, and who did every thing right.

I. On the 9th day of October 1854, 140 yards square, or a 4 acres of a grant of land in Cass County, Texas, that had been made to John Stiles, was deeded to the Missionary Baptist Church, by Killis S. Floyd, for the sum of $1.00. Hereafter, this Church was to be known as “Floyds’ Hill Church”, with all necessary privileges, liberty, benefits, rights and purposes, with perpetual authority, as seen fit by the Church Trustees and Commissioners, John S. Blankenship, William J. Henderson and G.C. McMichael.

This plot of land is situated on or near the Cusseta Linden Road, which was an early immigrant route to Texas. This was a growing community of farmers who immigrated to Texas from Georgia and Alabama, during and after the Civil War.

here are several Civil War Veterans buried at Floyds’ Hill, R.I. Jones of Nelsons Independent Calvary Company of Georgia, W.J. Townsend, Nat Curtwright, and Ada Culwells husband, she was a member of Floyds’ Hill Church, was very ill and worried, because she wanted to live to see her husband again, he finally came home on a Saturday morning, she died that night, but her wish and prayers had been answered.

These former slaves who came to Texas with their masters, helped to build Floyds’ Hill Church and worshipped there with them until Killis S. Floyd gave them a plot of ground for a church, its called Floyd Valley Church.

A Rev Silas McMichael is buried in the Floyd Valley Cemetery, obviously a slave of Griffin C. McMichael as the slaves quite often as in the McMichael households, Georgia and Texas, were treated like family. It would be interesting to know if this was the same Preacher Pap McMichael, a well treated slave of John Madison, that often preacher in the same pulpit as his son William G. McMichael. Rev Silas was born in 1808 which would make him age 32 when the MACs brought them to Cass County. Perhaps some of you Cass County residents might be able to answer this question about Silas being the same as Pap, or related.https://www.findagrave.com/memo…/120098119/silas-mcmichael

Hoping to learn more from Rothwell Historical Enterprises about Rev Silas McMichael of Floyd Valley Baptist Church and cemetery, and Preacher Pap of Jackson Butts County, a friend of John Madison Mac and his son Rev William G. Mac who preached quite often from the same pulpit in Jackson, both Silas and Pap related with Judge Griffin C. Mac in common.  Thanks to
Rothwell Historical Enterprises
@RothwellHistoricalEnterprises at https://www.facebook.com/RothwellHistoricalEnterprises/ Sure, you recognize the court house that Thomas Bruce McMichael rebuilt after the fire in 1933, and who died in 1934 run over and killed by a Model T auto while walking at night from downtown to mama’s Bonnie Elizabeth Kelley McMichael house. See https://scotirishamericanblog.com/…/linden-cass-county…/ 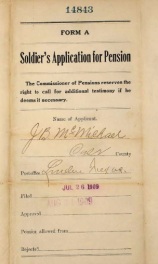 J. B. McMichael application for Pension in Linden in 1909 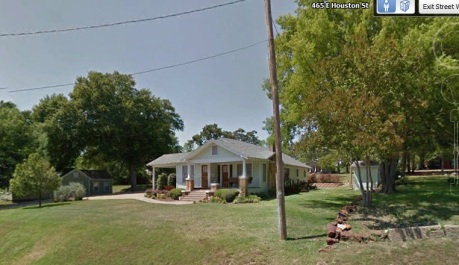 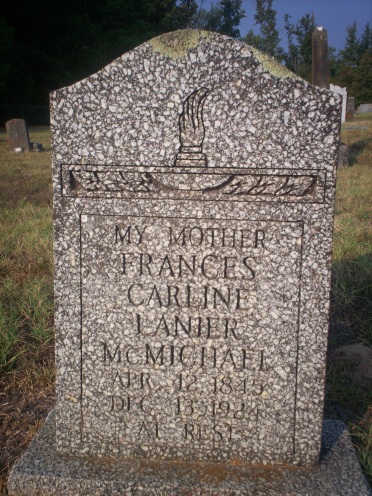